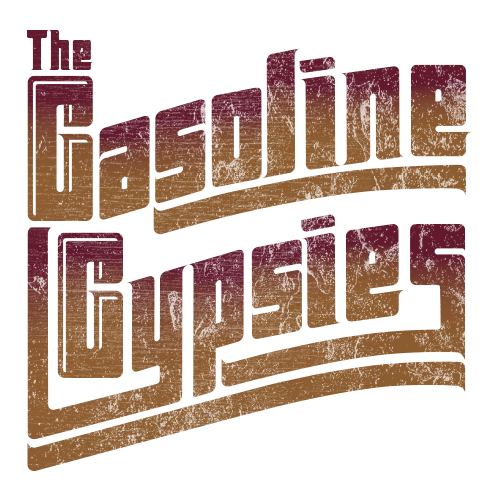 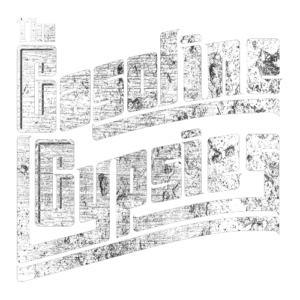 Their original songs feature unifying, foot-stomping anthems of life, that inspire their multi-generational audience to sing along…the music of the Gasoline Gypsies sounds like fine vintage southern rock, rolled around in the grand ol’ grit of the Motor City…it’s music that moves people, and connects them, all at the same time…

In the past couple of years, the Gypsies have racked up five Detroit Music Awards in Rock and Americana, been deemed one of the “Three Best Unsigned Bands in the USA” by JBL, were Grand Prize Winners of the 2017 Michigan State Fair Superstar contest and voted Best Original Rock Band in the 2018 WDIV Local 4 Detroit Viewers Poll. They also are now garnering regular radio airplay outside the Midwest, most notably in the Triangle markets of North and South Carolina, and now expanding west. The Vagabundos, the Gypsies multi-generational, highly active and loyal fan tribe, (named for their most recent EP release,) are a main driving force behind the band, following them to destination gigs and festivals all over the country

The Gasoline Gypsies serve up Jam-based Roots Rock & Roll, delivered by four guys who clearly thrive together on their shared mission. With three-part vocal harmonies, plus driving guitar and bass riffs, set on a foundation of rock solid drum work, the Gypsies songs are powerful and intense, while remaining simple and true.

The past several years have brought multiple releases, each more clearly distilling their signature Blues-based vintage Southern Rock sound…“Killin’ Time” dropped on July 1st 2017, not long after they were deemed one of the “Three Best Unsigned Bands in the USA” by JBL, and just prior to their win as Grand Prize Winners of the 2017 Michigan State Fair Superstar competition. In Spring 2018, the band received their first two Detroit Music awards, for Outstanding Americana Act and Outstanding Americana Recording for “Killin’ Time”.

In support of their August 2018 release, “Vagabundos”, the band toured the Eastern portion of the U.S, along with releasing videos for the singles “Walking Trouble” and “Freaks & Nonbelievers”.

The first incarnation of the Gasoline Gypsies was an acoustic, three piece Folk/Rock act, that honed the Gypsies penchant for crisp harmonies and mature lyrics. Founding members Caleb Malooley and Steve Briere had been playing together since their early days in high school in Michigan’s Thumb region. The departure of their original percussion man for Nashville resulted in meeting drummer Joe Makowski, an unabashed rock and roller, whose style begged that the Gypsies plug in and test their rock chops. Electrified, Caleb’s front man guitar skills blossomed. Not long after came the natural addition of a second guitarist, Neal Love, an important element of new magic, for crystalizing the Gypsies now four-man signature sound.

Caleb and Neal mesh their guitars as if they’ve been playing together forever, both contributing fiery elements of combined lead and rhythms. Steve’s bass lines flow easily from subtle to funky, and Joe on the kit anchors the whole sound, with hard-hitting beats that can’t help but move the feet.

Next up for the Gasoline Gypsies is a planned series of new song single track and video releases for 2020, eventually heading toward a full album release later in the year…plus more high profile festival performances, destination camping events with their loyal, multi-generational Vagabundos fan tribe, and rockin’ small theater concerts …and will also include the expansion of their exciting Roots Rock Revolution variety show vision, which offers multiple bands and artists sharing the stage, paying homage to classic vintage rock songs, while keeping the joyous flame of roots music alive for the future, through new original music that celebrates the genre.

What The Industry is Saying

“When I’m asked questions like who’s the next big thing – my answer is usually influenced by how driven I see a certain artist – artists who are constantly working on whatever it is – touring, writing, recording, and performing locally, but then, of course, they’ve also gotta bring it – and both the Native Howl and Gasoline Gypsies bring it …they’ve got styles that have major cross-generational appeal….” (Regarding dual CD Release Show for Gypsies and Howl, June 2018)

“‘Freaks and Non-Believers’ delivers with great guitars and southern style vocals that make it a memorable and rocking tune that sticks with you. It’s  like a fresh take on the vintage sound that is at the core of rock and roll…” 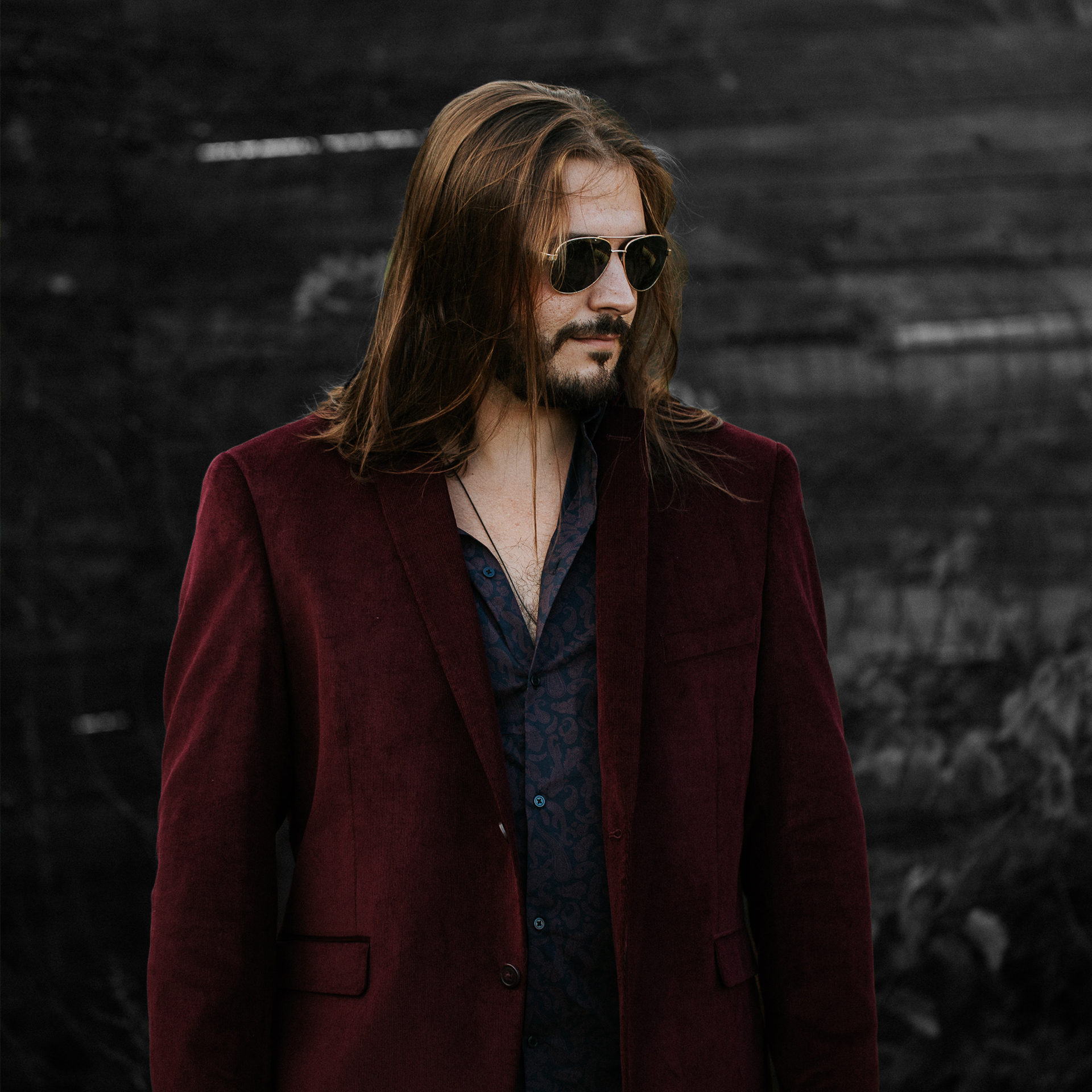 Caleb was born in the late Summer of 1990. He spent the majority of his childhood in Ruby MI, fostering his lifelong love of hunting, fishing and the outdoors. Caleb’s father Eric is a published poet and music enthusiast, his mother Carolyn is a writer and guitarist, so he was steeped in music from a very young age. At the age of twelve, Caleb was gifted with his very first stringed instrument, a ukulele, while attending the annual Wheatland Music Festival, in Remus, which he still attends every year.

Caleb soon realized that his true-life calling would forever be music! At age 15 he graduated from the uke to his first acoustic guitar. Not long after, he and Gypsies band mate Steve Briere met through school, and founded their first group together, “The Stoned and Lonely Riders”…. since that pivotal High School moment, Caleb and Steve have played in multiple bands together –with genres ranging from bluegrass to jam rock, with every evolution and experience helping to shape the sound that would become the Gasoline Gypsies. Born in the Spring of 1987 and raised in the outlying suburbs of Detroit, Steve’s interest in music began very early on. He was exposed to music constantly by not only by his family, but also friends and neighbors, so he was already on his way to being a musician at a very early age. But he did not actually begin playing actively until his teens, when his parents moved to Port Huron, and he took up guitar as an elective in high school. Steve remembers Carlos Santana as being a very powerful early influence, from many hours spent listening in his Dad’s truck while growing up.

After a few years of practice and jamming with other student musicians, Steve helped form his first band with co-founding Gasoline Gypsies member, Caleb. Steve picked up the bass at first out of necessity, as one of their early bands already had two guitarists, and it’s been his main instrument ever since. Gypsies Drummer Joe Makowski was born in the Fall of 1992 and grew up in Marysville, MI.  Joe began banging the drums at the ripe old age of seven, after watching his Uncles jam to old blues and rock tunes at family holiday gatherings. He is a true student and aficionado of a wide spectrum of music. On an average day Joe might listen to Jim Croce, Loggins and Messina, Black Sabbath, Alice In Chains, Primus, Buddy Rich, Tower of Power, Van Morrison, or Led Zeppelin.

He played percussion through his school years in concert band, marching band and also jazz band.  Joe says “I always knew I wanted to play with a rock band, but never knew the right people, or was in the right place to do it— until I met Caleb and Steve in a bar in Port Huron and we clicked.  Really found my way after that.  And so here we are!” Neal was born in Michigan in 1993. At the age of 10 he latched on to his very first guitar. From that moment, he began almost immediately forming bands! Neal’s first successful project, War N Love, came together when Neal was just 16. Inspired by classic bands such as Deep Purple, the band learned its chops while navigating the Detroit hard rock scene for four years. After the disbanding of War N Love, Neal decided to become a guitar gun for hire, and was picked up by the Maggie Cocco Band, as well as guest spots with many other local Detroit area bands.

After a couple years of bouncing between projects, Neal realized he missed the true camaraderie of being in a band, and began searching. Having played multiple shows with the earlier incarnation of the Gasoline Gypsies, with his previous bands, he saw they were seeking a guitarist and tossed his name in the ring. Caleb and Steve recall the day they first jammed together very clearly…“Neal showed up and he already knew all our songs, it was Fate!” Like Joe, Neal is also a true student and historian of classic rock music, ask him any music trivia question and he will probably know the answer!