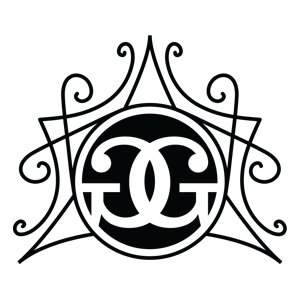 Detroit, MI: Named one of the three “Best Unsigned Bands in America” in 2017, the Gasoline Gypsies, of Michigan’s Blue Water Thumb region are continuing to blaze an independent, roots rock revolution path, all across the USA. Their latest single, the hypnotic Playing with Fire, follows two tracks released last fall, Walking Trouble and Freaks and Non-Believers, which both made it to “Power A” rotation at Americana/Rock stations in the Carolinas. Playing with Fire debuted on That Station 95.7 FM Raleigh (2019 NC Broadcasters Station of the Year) and Modern Rock 98.7 Wilmington, in advance of being widely available via digital platforms. Fire was also instantly added by the Hills 92.7 FM, their hometown AAA station in Port Huron, MI.

The North Carolina adds come in advance of highly anticipated upcoming tour stops for the Gypsies, Friday Feb 7, at Jesse’s Yacht Club, Wilmington, a Birthday Bash for their Morning Alternative am show, and Saturday Feb 8, at the Imurj performance space in downtown Raleigh. Since the Gypsies tracks were first added to rotation in these markets plus 94.9 FM the Palm, Columbia, S.C. last fall, Southeast U.S. fan enthusiasm for the band has been growing steadily, and advance ticket sales for their shows have been brisk.

“When I’m asked questions like who’s the next big thing – my answer is usually influenced by how driven I see a certain artist – artists who are constantly working on whatever it is – touring, writing, recording, and performing locally, but then, of course, they’ve also gotta bring it – and both the  Native Howl and Gasoline Gypsies bring it …they’ve got styles that have major cross-generational appeal….” (Regarding dual CD Release Show for Gypsies and Howl, June 2018)

Their original songs feature unifying, foot-stomping anthems of life, that inspire their broad, multi-generational audience to sing along…the music of the Gasoline Gypsies sounds like fine vintage southern rock, rolled around in the grand ol’ grit of the Motor City…it’s music that moves people, and connects them, all at the same time…

In the past couple of years, the Gypsies have racked up five Detroit Music Awards in Rock and Americana, been deemed one of the “Three Best Unsigned Bands in the USA” by JBL, were Grand Prize Winners of the 2017 Michigan State Fair Superstar contest and voted Best Original Rock Band in the 2018 WDIV Local 4 Detroit Viewers Poll. They also are  attracting regular radio airplay outside the Midwest, most notably in the Triangle markets of North and South Carolina, and now expanding west. The Vagabundos, the Gypsies multi-generational, highly active and loyal fan tribe, (named for their most recent EP release,) are a main driving force behind the band, following them to destination gigs and festivals all over the country.

Here is the lyric video for Playing with Fire:

Want to join the discussion?
Feel free to contribute!

The Gasoline Gypsies to Headline Redneck Raft Out, Saturday September 5, 20...
Scroll to top